BONNER COUNTY
Welcome to Bonner County! You too have discovered this special place, defined by water, woods, mountains, broad valleys, and a sense of rugged individualism.
Scroll down to learn more
Map Development - Josh Gage - GageCarto
Photo by Max Zuberbuhler
Map story development by GageCarto
- Restart Story
Public Lands
Public Land Acquired
Public Land Exchanged
1
Bonner County is located in Idaho's Panhandle. Its reputation for a light government hand combined with the natural beauty, clean air, ample water and rural lifestyle has attracted many newcomers in 2020 and 2021 - along with developers.

2
This is a mostly rural county, which the U.S. Government defines as anything outside a metro area of 50,000 or more people, or outside a settlement of more than 2,500 people. But "rural" also describes a landscape characterized by low density, agricultural and timber working lands, which is North Idaho's heritage.
3
In 2006, Bonner County updated its Comprehensive Land Use Plan and Map with robust public involvement. The plan reflects how residents want to see the county grow. One of the stated goals of the plan is to "encourage the community to grow while retaining its rural character and protecting its unique natural resources." The Land Use Map set aside much of the county outside of the towns as Agricultural/Forest areas in response to public comment that called for protecting that working land heritage and rural quality of life. The Ag/Forest designation requires that land parcels are no less than 10 acres in size.

4
Zoning codes are the laws that govern land use. Zoning - which determines type of land use and density of development - should be consistent with the county Land Use Map. Applications for zoning changes have dramatically increased with the booming real estate market. Nearly all changes have resulted in higher density - so more houses can be squeezed onto the landscape.
4
From January 2019 to November 2021, 53 zoning changes were approved by the Bonner County Commissioners, affecting more than 2,800 acres. In some cases, the commissioners had to also amend the Land Use Plan to accommodate the higher density.


Sections where zoning changes have occured since 2019

5
While zoning changes don't always immediately result in development, the rationale for most of the zoning changes has been to divide the property for housing. Here are parcels in the county which have a residential structure

6
In 2016, the County Commissioners made it much easier to divide land. Land divisions up to 4 lots were exempted from subdivision design standards (which provide assurance to buyers that critical services are provided while protecting natural resources) and could now be approved by the county planning director with no public notice or input. Also, any land divisions up to 11 lots were exempt from public hearings. 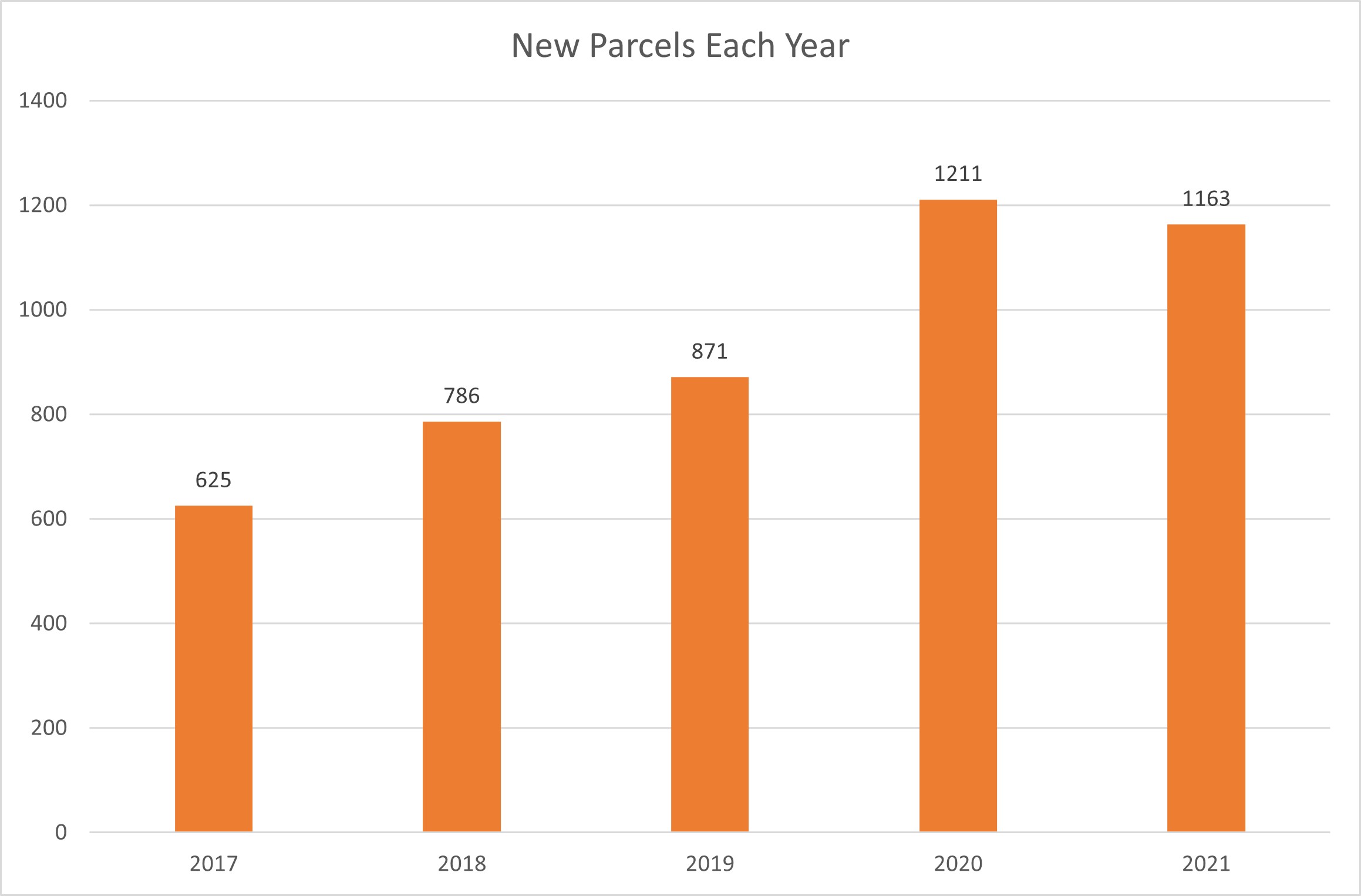 Bonner County Assessor's Office
Parcel divisions since 2016
5
In spring of 2020, Bonner County changed the land use map in two sections of the Hoodoo Valley, covering 1,200 acres, from 10 and 20-acre lots to 5-acre residential lots. Soon after, a developer used the new administrative "Minor Land Division" process to subdivide 360 acres into 72 lots without any public knowledge or input. The development is a gated community called Clagstone Ranch.
Rezoned sections

6
Here you can see the new parcel divisions since this change occured.
7
In his defense of supporting ongoing upzoning around the county, one county commissioner has argued that 5-acre parcels are consistent with retaining the county's rural character and that the land use map change in 2008 was arbitrary. Here the dots show parcels with residential structures.

7
This shows what build-out would look like if all private land along county roads were divided into 5-acre parcels.

8
One rationale for approving zoning changes has been that the adjacent parcels are at a higher density. Here's what Bonner County would look like if all the Ag/Forest lands were subdivided into 5-acre parcels.
9
Northside Elementary School is on the corner of Rapid Lightning Road and Colburn Culver (formerly known as Farm to Market Road) in the heart of the Selle Valley. 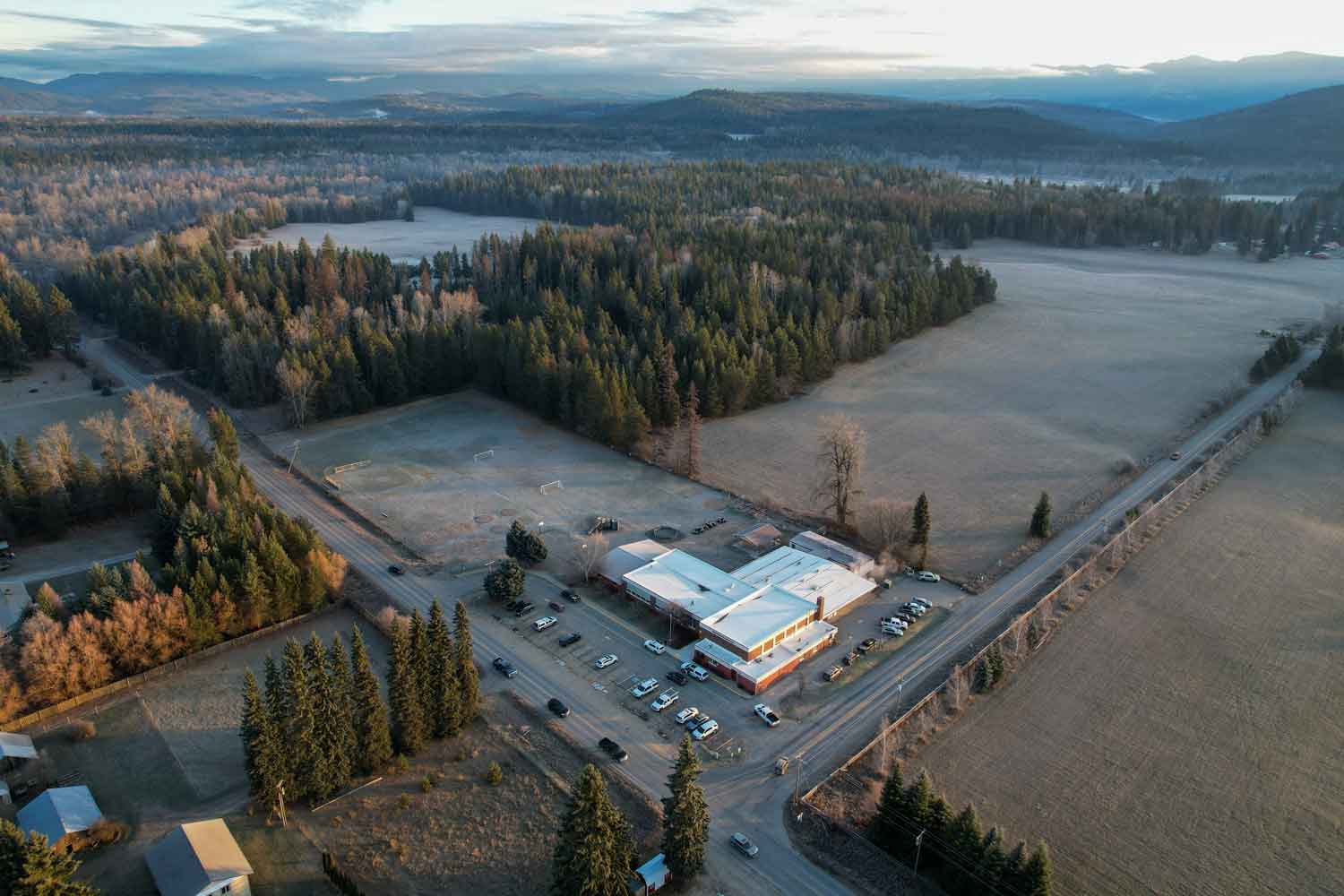 Max Zuberbuhler
10
The surrounding land is being proposed for a zone change that could result in 70 10-acre lots, doubling the density. Neighbors are concerned about impacts to the school, natural resources and traffic, among other issues.
Area proposed for rezoning

10
The east end of Colburn Culver Road gets about 1,600 vehicle trips per day. Planners typically use the estimate of 10 verhicle trips per day per household to predict traffic impacts of a development. Using a more conservative 5 average trips per day, the addition of 70 homes next to Northside School could add 350 vehicle trips per day.
10
If all the land along Colburn Culver, Rapid Lightning, Gold Creek and upper Gold Creek roads had one home per five acres it would potentially triple the volume of traffic.
A growing concern among rural community leaders is increased building in timbered areas. In the summer of 2021, the Trestle Creek Fire threatened to jump a ridge and burn down the Rapid Lightning watershed, and dozens of families there were told to prepare to evacuate.

Photo by Cole Golphenee
13
The Trestle Creek fire originated on July 7th, 2021, from a series of lightning strikes. These strikes ignited 7 individual fires that merged together, ultimately burning 6,631 acres before being contained three months later.
14
Trestle Creek Fire Boundary
With more development in the "wildland urban interface," the wildfire risk will only increase as many wildfires are human caused.
14
Forested Areas 2020
Parcel divisions since 2016
Historic Fire Boundaries
We can't shut the gate on growth in our community - but there are areas in the county more appropriate for higher density. They are designated in the plan as urban, suburban, alpine and resort community, transition, and neighborhood commercial, as well as ample rural residential areas.
Resort Community
Alpine Community
Suburban Growth
Urban Growth Area
Transition
Rural Residential
Many studies show that sprawl - the spread of higher density to areas further and further from urban centers and services - is more costly to homeowners and taxpayers. Good planning directs growth to areas where it's more efficient to provide services, and where more modes of transportation are available.
Photo by: Max Zuberbuhler
The county has begun to update the Comprehensive Land use Plan. Public workshops and hearings will be scheduled in 2022. To be informed of opportunities to help guide this plan, sign up for Project 7B's newsletter at Project7B.org.
Land use can be confusing - but public involvement is critical to keeping a community's ecosystem healthy - from the environment to the economics. Project 7B's mission is to make land use planning more understandable, encourage public involvement and advocate for land use planning based on shared values and aspirations.
Resources to learn more:
•Bonner County Comprehensive Plan goals and objectives;
•Project 7B Slide Show on Development Trends;
•The Gateway and Natural Amenity Region (GNAR) Initiative for information on how outdoor amenity communities like ours are coping with growth pressures;
•Project 7B's Facebook Page for current events;
•The Project 7B Website where you can sign up for our newsletter for updates on the county's plans to update the Comprehensive Land Use Plan.
This story map was produced by Project 7B and Gage Cartographics, funded by Equinox Foundation, Union Pacific Foundation, and individual donations. Mapbox Community supported the development of map tile for this project.